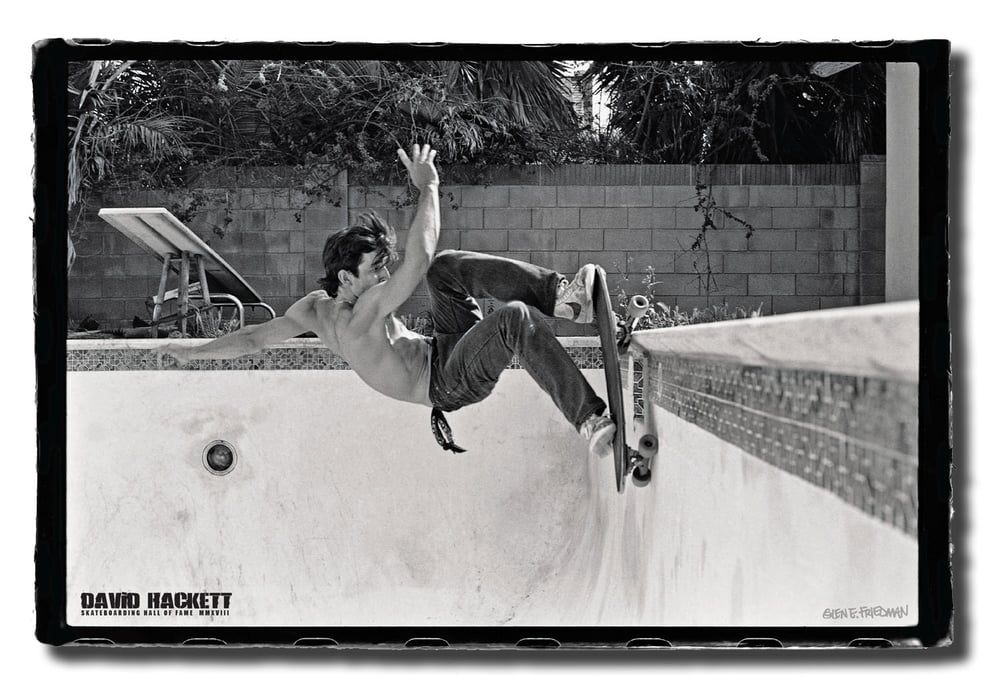 This photo shot by Glenn E Friedman is one of the most classic and legendary photographs that embody the early pool skating movement. This was shot in 1983 in Southern California at Dolores’ pool in Orange County. This legendary session included Steve Olson, Tony Alva, Johnny Ray & Jay Alabama, when David Hackett threw one of his famous Frontside Hackett Slash grinds over the Deathbox.

This image has been the source of countless tattoos, paintings, graphics and logos since the early 80’s. It’s been featured in several magazines and regarded as one of the iconic photos and skate maneuvers of all time. This is the first time this legendary photo has been printed into a poster and it was done to commemorate The Hackman being inducted into the 2018 Skateboarding Hall of Fame (A portion of the proceeds will go to the Skateboarding Hall of Fame Museum).